Well, us, Denny & Susie left about 8 AM with the Walt/Kellie in hot pursuit.  About a half hour we all stopped for breakfast.  Damn it was really good. 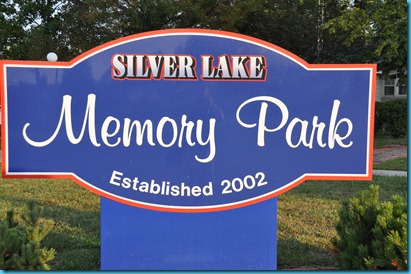 Sometimes these little places are really great.  It had locals in there and we talked to them a litttle. 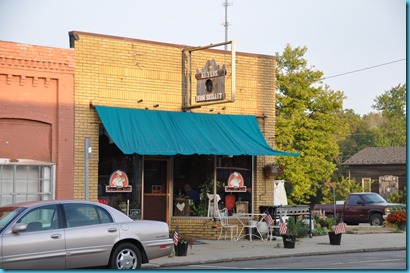 Now this is a breakfast and it tasted better than it looks. 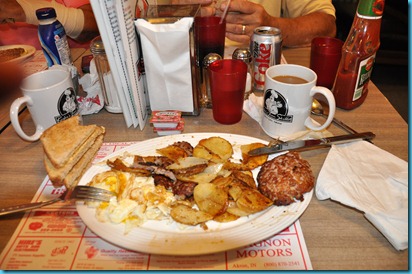 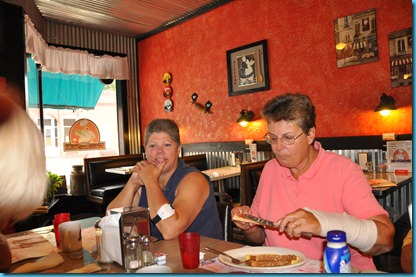 Plenty of parking and even for Walt. 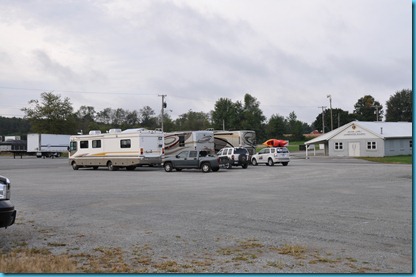 Orange rock – they grow them pretty around here. 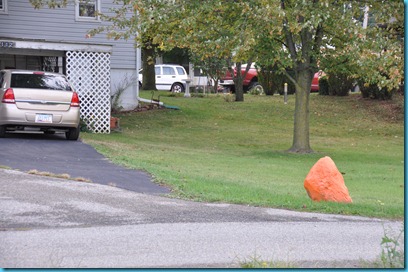 Then we all continued south.  Walt stopped and got gas.  I think he already had it from breakfast.  Denny/Susie and us continued on since we are going to break up down the road.

The next adventure was that Denny called us and said he had a blow out.  We turned around (I-65) which took about 20 minutes to get back to them.  Yep, he blew an inner rear passenger side.  He called coach net and had two tires on the way.  The date on his rear tires are 2002.  He was way over due for new tires. Since there was nothing else we could we all agreed we should head on down the road.  He called about an hour or so later and was back on the road with two new tires.

“This tire had that much tread left.” 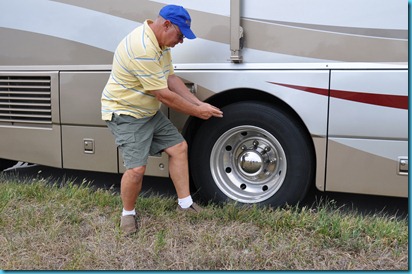 “Susie, I’m telling you that tire should have lasted another 8 years!” 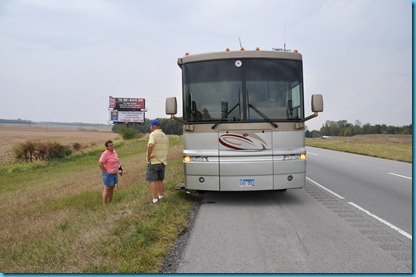 We did 375 miles today and ended up at Bowling Green near the old Camping World Hq.  We hit some 20-30 winds today along with a little rain.  We were kinda pooped out and ready to rest and chow down which we did.  We got about 250 miles to do tomorrow to get into Red Bay.

Oh, my Nikon slipped off a table during a stop.  Whew, it’s survived a three foot drop test.

Also this is my cockpit set up.  That’s a Doran Tire Pressure monitor in the left window.  The computer is the Silverleaf engine monitoring system/Streets & Trips and then a Garmin next to it.  They set on my table that I just got up in the Goshen area.  I also have a Wilson cell phone extender behind the left rear side of my chair.  If you look real good you can see my additional navigator on the dash (cat). I have to leap into the seat but that is my daily exercise. 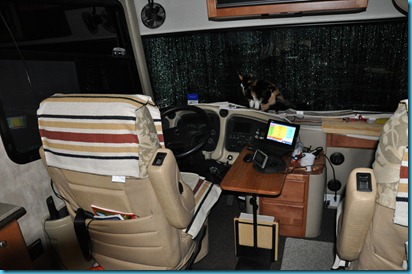 Today was another day of adventures.