Today was the wash the big RV day.  Carol didn’t want me on the roof.  She said I was out of visits to the ER/hospital for the year 2015.  So, we got a local, Gene, to come and wash the rig.  We got some several good reports about him so why not.  What’s a hundred bucks?  That’s a lot of Jack In The Box breakfasts.  In Yuma about $125 will get you a wash and hand wax plus the car.  We will get that done in about three weeks there.  I’ve washed the big rig once since being here and the roof needs it more than anything.  When it comes to the roof you can pay now or a lot more later when things start to leak up there.


Here comes the RV wash guy.  He did the entire rig and roof too for $99.  He wiped down all the windows when he was finished plus dressed out the tires.  Looks nice.  It took him 3 hours and it was in the low 40’s.  Earlier I called him and asked him if he wanted to wait until the warmer afternoon.  He said he was use to the 40’s no big deal.  Good job.  You come to Livingston and your rig needs washing call him.  His name is Gene and his number is 936 329-1612.


My blood pressure is starting to come down to the 140 range with the new med.  It was in the 150-200 range.  Yes, 200 but only sometimes.  Still needs to get lower.  It’s hard eating healthy as some of you know especially with my appetite.  My weight is still at a wall and won’t get any lower than 194 lbs.  I’ve been in this approximate weight area for four weeks now.  It’s been six weeks since this all really started to hit me (ER/hospital/etc.).  I’ve been watching the carbs/fat/sodium/caffeine and protein and its pretty dog on confusing for me.  I’m starting to wiggle my nose like a rabbit.  I like the “push diet” myself.  PUSH away from the table, no sodas, no fat and nothing to eat after 6 PM.  That’s a real killer.  I don’t do that diet at least not right now.  Health..blah… blah blah.


Speaking of food.  I got frozen chicken quarters 3 lbs, 8 lb pork butt and a 4 lb pork loin to smoke.  It’s all thawed out now.  I think I will start with the chicken then do the pork.  The chicken I took off the skin and smoked with some cedar.  They turned out nice and juicy.  I debone the 10 lbs of dark meat after smoking and have it for a rainy day or something.  No skin just good flavor. 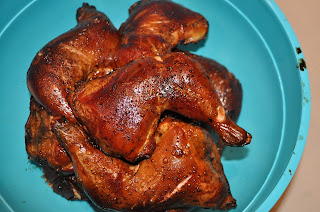 Here's a picture I took while we were in Conroe earlier this week. 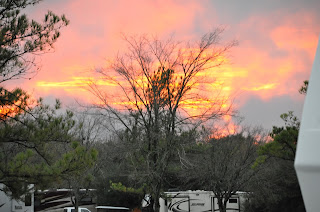 This kitty just had to get in here and she had a hard time turning around.  I had to take her out of there. 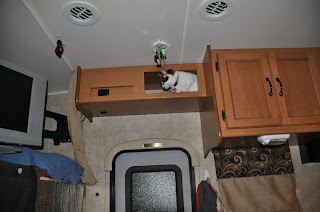 Now this is tent camping. 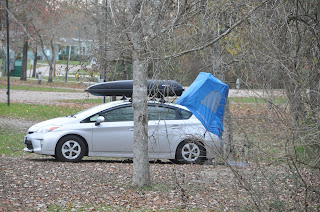 The tire leaked on the little RV.  I checked the inside of the air valve do hickey with my gizmo tightener.  The valve insert might have been loose.  No chances taken – I replaced the 50 cent part. 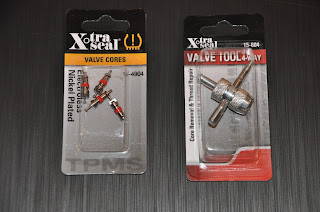 Now my Sears air pump is not working 100% but I managed to fill the tire anyway.  It took a while but I got the tire filled up. The door label says 70 lbs of air for the rear tires.  The tire sidewall says OK up to 80 lbs.  I filled it up to 75 lbs of air and will check it later.  Seems to be holding.  The air pump is blowing air out from the inside of the machine.  I will have to take it apart soon and see if I can really screw it up.  It’s the same Sears machine that Greg and Nick have.  Later the air machine was working better.  So, no need to check it out right now.