I did a lot of moving the dinette table around, Carol’s heavy rocker back and forth and the mattress I had to hold up while I took measurements. I found two electrical outlets while moving the mattress around. I had to place and take measurements where custom built “stuff” will go.  MY computer area is going to be a very special & unique one of a kind I guarantee it. Then Carol’s area will be pretty neat too.  Then a storage area behind the new couch. The couch will be Carol’s thing (size & color). Then a wall cabinet between the two windows.  The bedroom will end up with a queen bed vice king and a floor cabinet on each side with room to make the bed. Carol’s requirement.  Then a few other little odd balls.  I made rough drawings with measurements with pictures and sent them to RV Renovators in Mesa, AZ where Nick Russell is right now.  Let’s see what kind of estimate they can come up with. I hope their cabinet maker can understand them.  I had four pages. 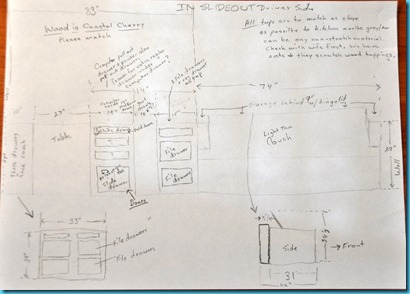 I took this bird shot yesterday and it turned out pretty good I think. He just finished eating a fish and was washing his beak. Nice shadow in the water. This is what I call shoot and then cut the picture to size. 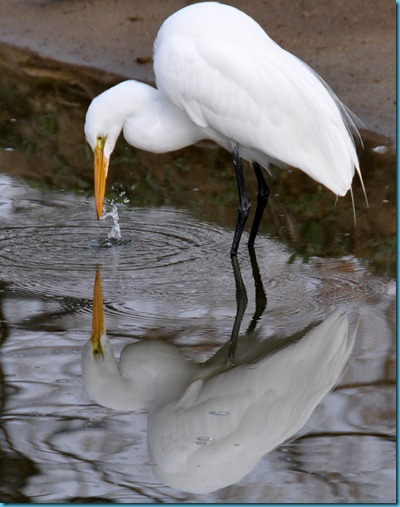 I want to start practicing taking pictures of birds in flight for our Alaska Adventure. Of course using my 500mm lens! This was only a 18X200mm lens. 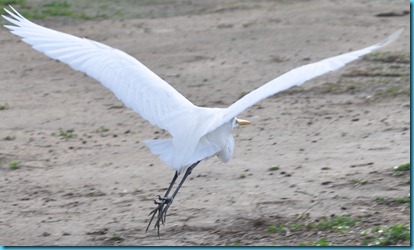 Dinner was just about a lb of fresh asparagus cooked in a frying pan with a little water.  Then a thin layer of mayo – it was great.

Then I marinated a porterhouse steak with Tabasco Garlic Grilling Marinating Sauce.  Then I stuck it in the frig for tomorrow along with the asparagus. It best not rain on my parade (dinner). I’m celebrating that I feel better than poo poo….