When I pulled out of Desert Pools Park on to Dillon Road heading west this was my view. About 70 miles on today’s agenda.  Not much for sure.  It took me about 1 1/2 hours to get me and the RV ready to move including hooking up the car.  I just take my time and keep moving – it gets done. 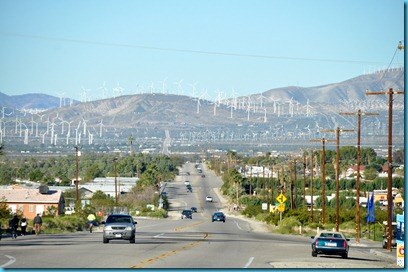 Did you know they use electricity to get these things moving. These things weren’t really moving today thank goodness. 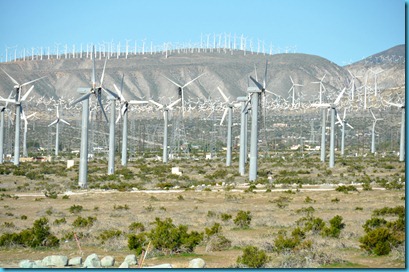 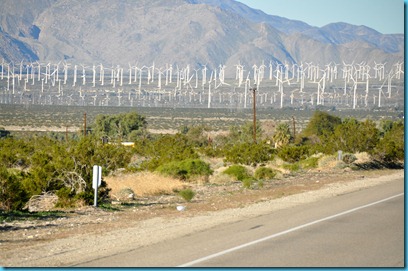 That’s about as close as I want to get to snow with an RV. 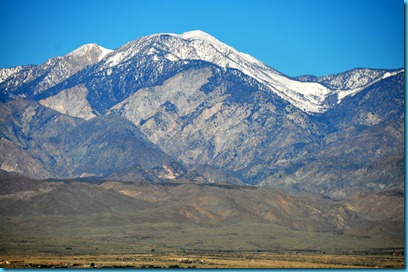 This is a neat little place at least it was when we ate their with Don & Sharon (?) a couple of years ago.  They even had fancy cloth on the tables.  I would go back.  I forgot about it until I saw it as I was leaving.  Yes, it is a biker bar, an old biker bar and I’m talking about the people being old, no youngins. 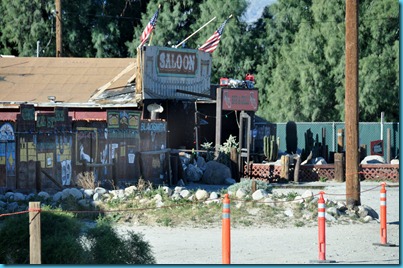 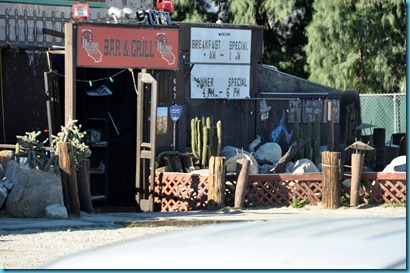 The Spartan Chassis handled this very well. I was impressed.  Going over the mountain between Banning and Hemet was real nice.  I never had to touch the brake but instead just used the high setting on the Jake brake.  How sweet it is!!!!! Roads in Alaska are better than this. 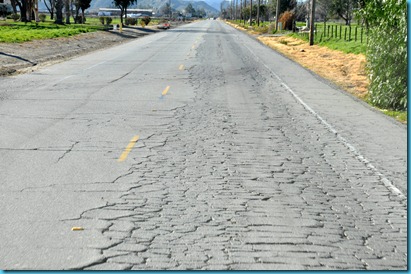 In the middle of this is the Thousand Trails Wilderness Park.  This was not here 8 years ago – none of it, not even the road. 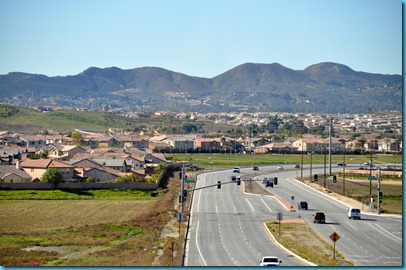 I got real lucky.  Out of the 10 sights or so left I got this one and it’s one of the better ones in the park.  It’s large and backed up to the water. 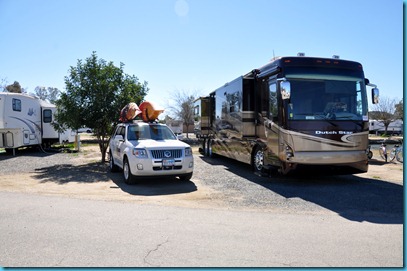 I was given the evil I while I backed into this quacker’s area. 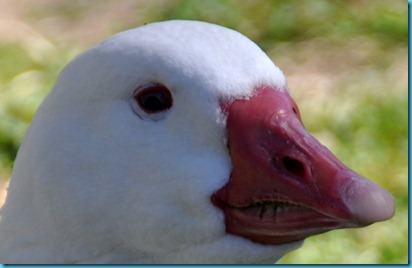 Well, my new stove was here waiting for me at the park.  Damn it’s heavy and that’s just the base. 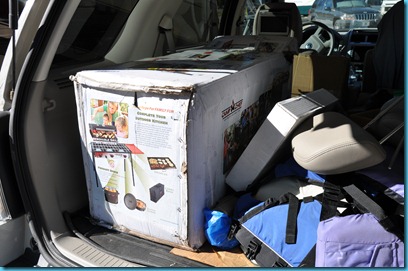 It was like a bird coming out of a egg shell piece by piece. 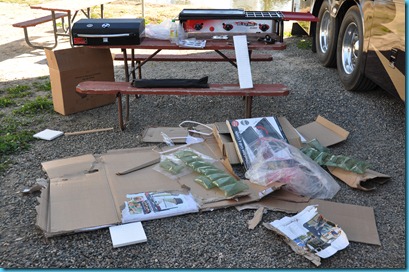 Then it was born.  A three burner each capable of 30,000 BTU’s.  That’s hot!  I wanted one since seeing Bob’s back at betty’s last November.  Thanks Bob – I think!  Yes, I plan on doing some cooking so you might want to find out where we are parked at the Gypsy Journal Rally next month.  I need some guinea pigs. Sure I will cook them. 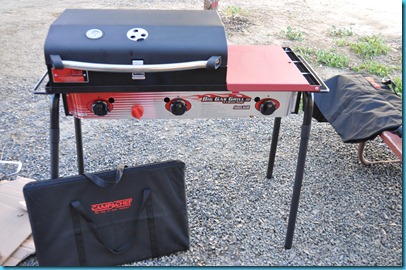 Now it’s suppose to go in here somewhere. Oh I will figure something out.  I will put it all on the big King size bed we got – Carol’s side! So what do you do when you get a new grill? I go out for Chinese.  This place in among the best and it’s basically take out and one of Carol’s favorites places. 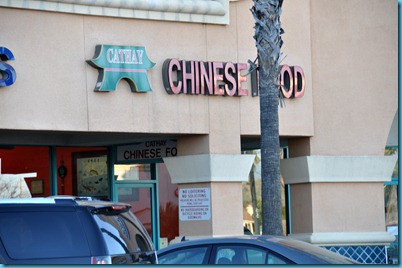 While here at this park I have nothing really to accomplish except one honey do and that is to get the Norcold frig recall updated.  I called a local mobile repair guy and gave him all the info – my part is done.  My Honey Don’t Do List I won’t do but I’m thinking I will arrange MY area which involves the dinette area. Carol had that area in the last RV but said I would have to take it back since I got the TV in the center of the coach now.  She slipped that one in on me.  I think I can work a euro chair in if it’s done just right.