First Super Bowl Party For Me

Today I found a rest home for flamingos.  This person has a lot of flamingos on their lot roosting. 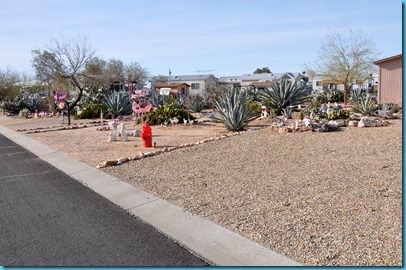 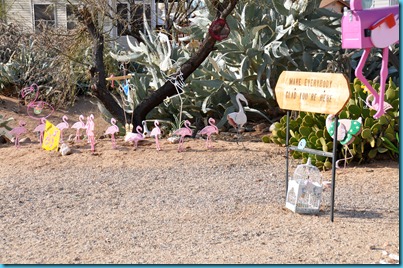 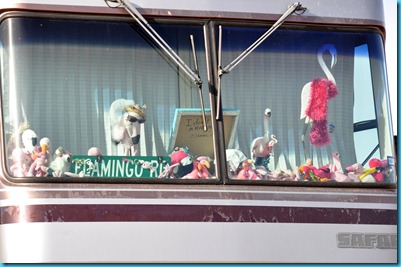 SUPE BOWL PREP…..First you need a place that someone is willing to sacrifice to the Super Bowl Gods.  Denny & Susie volunteered their place.  No need to send out invitations – they just arrive out of no where it seems. Second there must be food.  It doesn’t matter what it is just so there is a lot of it.  We are into quantity not quality here folks.  We had a few sleepers that even passed both requirements. Mark even brought two gallons of his home brew.  No liquid went undrank, except there was no hard booze.  Just an observation. 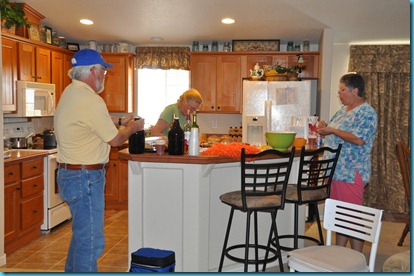 Then there is some friendly wagering where you don’t have to know even how to play football to win.  It’s all luck is how it’s set up.  It’s based on total points and it doesn’t matter who is wining. What a novel idea. A few of the ladies got into it too.  The dollar bills are for the photo shoot only.  It was 10s and 20s out there before. 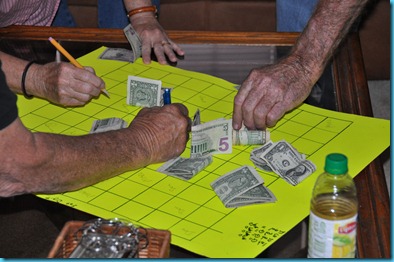 It seems like the men jumped into the front row seats and the women retired to the rear.  I think they let us. 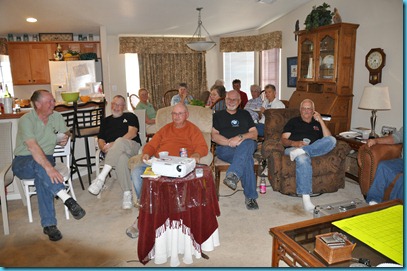 Food was always nearby the entire game. 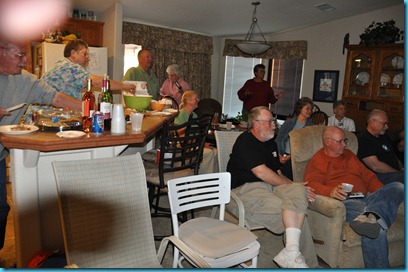 Mark & Dick Reed.  Mark is the one with his mouth hanging open trying to figure out how to get his beer up to it and just pour it in. 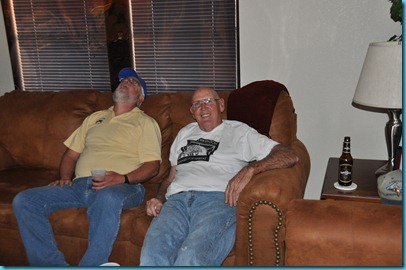 I forgot to take pictures of the TV and the big screen projector TV/screen set up in front of everybody.  Talk about seeing all the plays up close & personal.  No such thing as not being able to see anywhere within 8 1/4 miles.

People were eating the entire game especially Kelly (smile) and we had a lot of left overs. 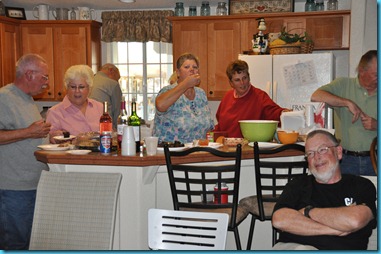 This pot was full of smoke pulled pork at the beginning. 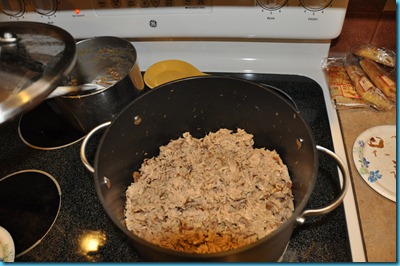 Mark threw on a couple of burgers for those that dared. 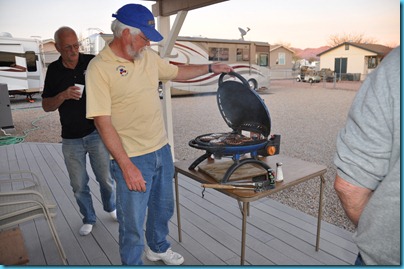 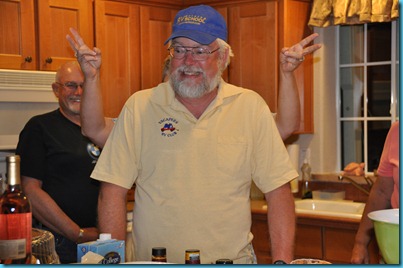 Well, in all there were four super bowl pots to be won.  Walt & Kelly walked away with three of them that could easy fill their gas tank up several times.  Guess who won the other pot?  ME……………I came out 5 bucks ahead. 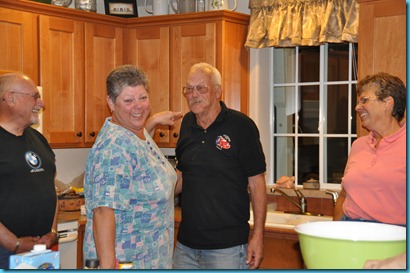 Now this was my first Super Bowl gathering.  It was nice being with friends and joking around a lot – it really was.  None of us was big die hard fans of either team – by the way who won?