We said our good byes to good friends and headed toward Yuma on I-8 West with Denny Orr following.  We got to the Yuma Flying J and paid $2.73 for diesel and $2.25 for LP.  Then we went to the super Flea Market.  That place was cookin.  It’s the most crowded I have ever seen.  We got parking spots on the far out skirts and that was luck especially when we parked next to each other.  We did the market thing for a couple of hours and left.  We figured we would go to the casino by the prison.  What a mud hole and security was not cooperating with RVers at all.  We will NEVER go back.  Went to the new casino and it was jammed  packed with RVs.  Probably due to the other one being half way flooded and ran by non friendly security folks.  Well Denny stayed because he has dental Friday morning and kinda had to put up with the over crowding to get into MX early.  We went on down (west) to Sidewinder Road, south side frontage road about 3 miles down to the dead end and hung a left.  Not really crowded here like it usually is.

Here are some shots out here around Mr Roger’s neighborhood. 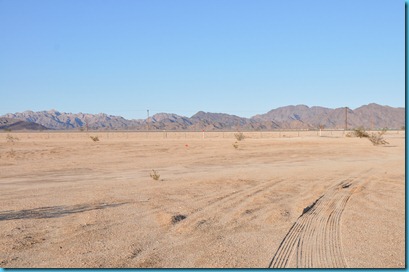 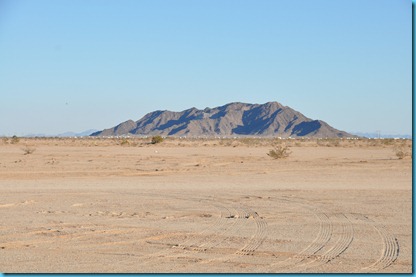 Same shot below after I broke out “The Whale (500mm zoom lens)” for the first time in awhile.  Now you can see the RVs parked out in the nearby BLM land. This is the difference between a 200mm zoom and a 500mm zoom lens! 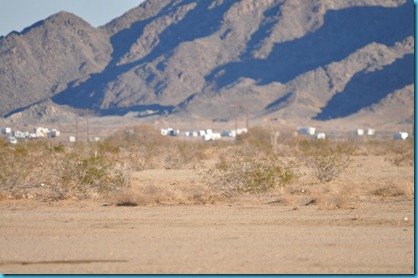 I zoomed to the top of the mountain and got this faint shot of a balloon over Yuma. 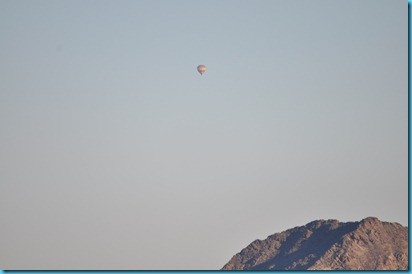 This shot is going over into Mexico. 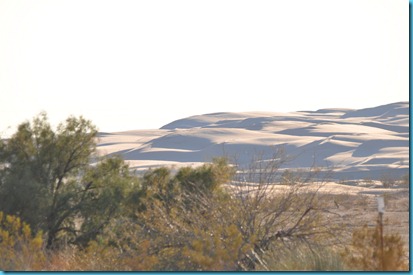 This shot is heading north. 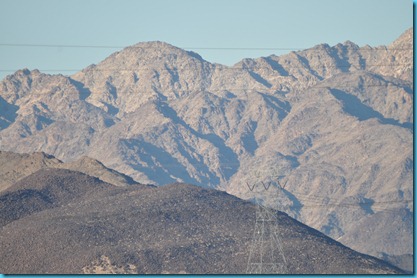 I saw two of my neighbors. 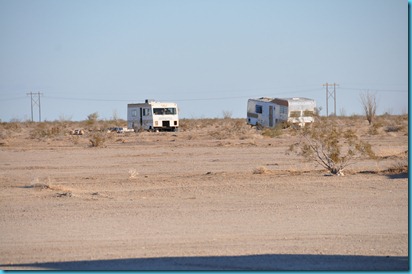 Then I broke out the Whale again.  These RVs have been here for several years that I know of. One fifth wheel. 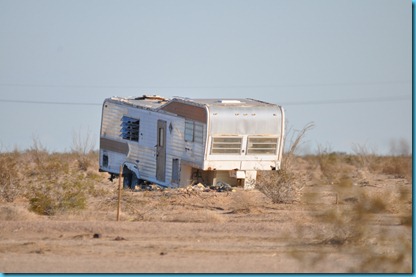 And one motorhome.  No preference treatment out here.  They all rot the same. 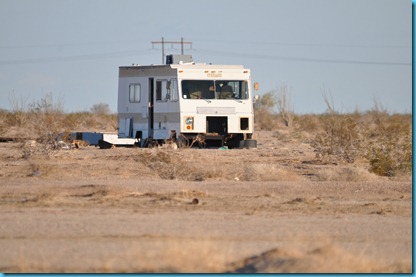 Friday we go back into Yuma to Southwest Shop.  These guys are suppose to be the geniuses of installing brake systems on tow cars. We have one on the Honda but need to get our RV equipped to match.