The morning starts off with smiles. 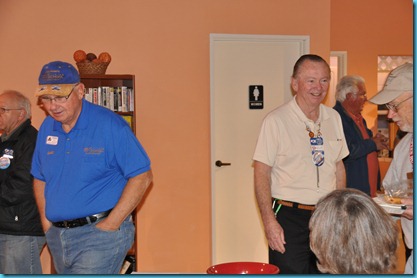 Mac , somebody wants to buy a fire extinguisher! “Who, where!” 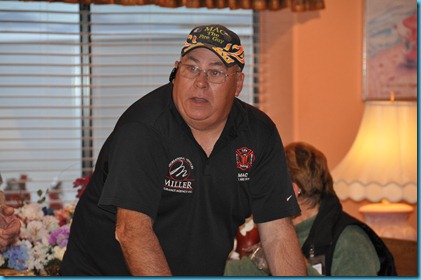 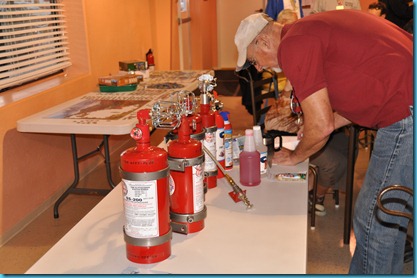 This student is amazed that she has learned so much. 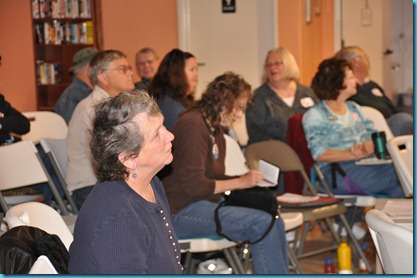 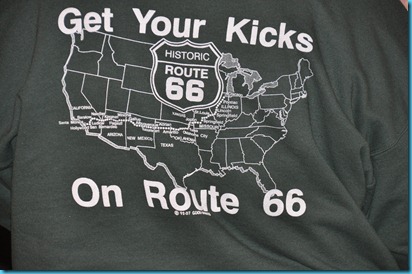 This is John the owner of Augie’s RV Park.  They run a tight ship here.  It’s so tight that the mice have left. 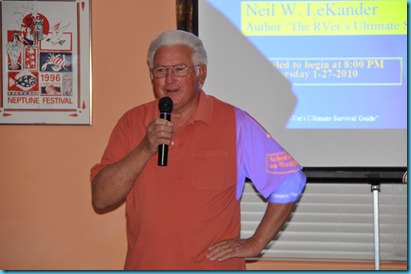 Here’s Neil talking about tires or getting ready to sing, I forget which. 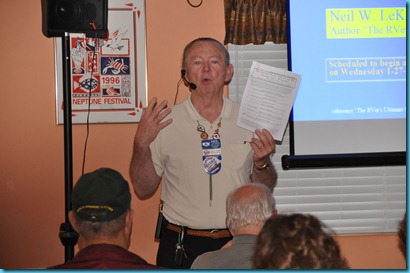 The RVSEF weigh team (the Langs) were here weighing over 30 coaches.  They are busy, busy! 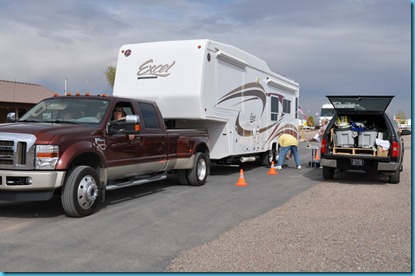 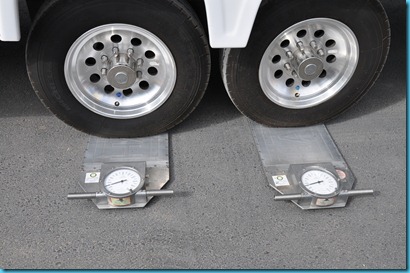 This is a Grand Villa, an oldie but goodie for sure. 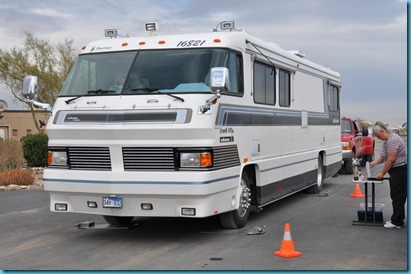 Needles to say all good things come to an end. 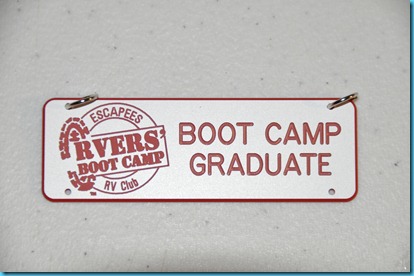 I was so excited I dropped my phone and then I drove over it.  It didn’t pass the test.  I have had cell phones for almost ten years and never broke one.  These past few months I have had two run overs.  One by someone else when I dropped it and now this one I ran over.  Walt Gunn had a phone that he gave me.  He stopped using it when he got another one free. Thanks Walt/Kelly.  I called up Verizon and within a few minutes I had phone service again.  Now that was pretty neat.  Thank you modern technology.

The Guns, LeKanders, Hinmans, Denny Orr, Mark Nemeth and us went out to a local pizza place for dinner here in Gila Bend.  It’s the only place for pizza and it’s just about the only dinner place in Gila Bend besides the spaceship restaurant.  We had a blast.  If we hadn’t bought so much pizza I think they would have asked us to leave.  WE were very loud especially when we sang happy birthday to somebody we didn’t know.  Alls well that ends well.  Tomorrow (Thursday) we will all go are separate ways and we will meet again in the future and have a blast again.  That’s the name of the game and it’s a great one.

We will head for San Diego with a stop in Yuma to get our coach hooked with our SMI on our CR-V Honda.  We will be in San Diego for our Daughter’s wedding.  She calls about 3-4 times a day.  I think she is getting a little anxious and that’s good.