Monday (17 Aug) morning it was raining pretty hard.  We decided to stay another day at Elkhart Campground.  Looks like the famous Shipshewana Flea Marker will be a wash out for tomorrow.  Al least the rig is getting a good rinse.  We haven’t been in a rain or even a wash this good.  All that dust should be gone for the most part.  Looks like we will go meet Denny & Susie Orr, Escapees Chapter/VCR Directors in Ohio tomorrow (Tues). 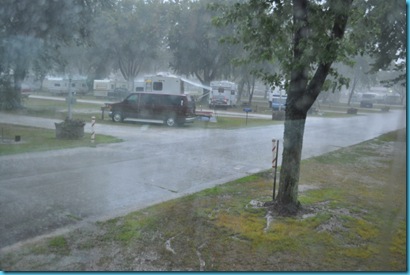 Sunday (16 Aug) was cookout day.  We cooked Halibut cheeks that we got in Homer, Alaska.  You know, nobody knew for sure if they were face cheeks or butt cheeks. 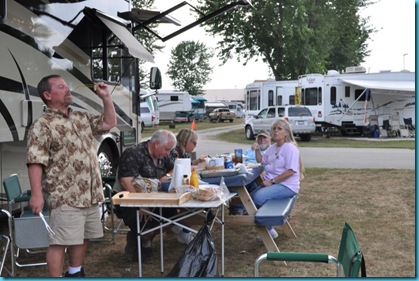 This is Bill Joyce and Diane Melde.   Bill is trying to figure out where the cheeks were from. 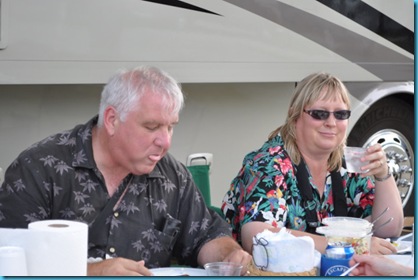 This is Ron & Brenda Speidel.  They arrived at the campground during the cookout.  I think they enjoyed having dinner ready for them, even if they were the cheeks of a fish.  They will be in charge of parking at Nick’s Rally in Celina in September. 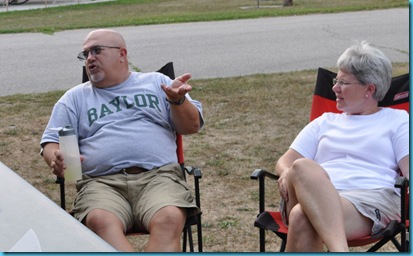 Terry is the better half of Nick Russell.  Right about now she is saying, “ Fish cheeks, I’m not sure about this.” 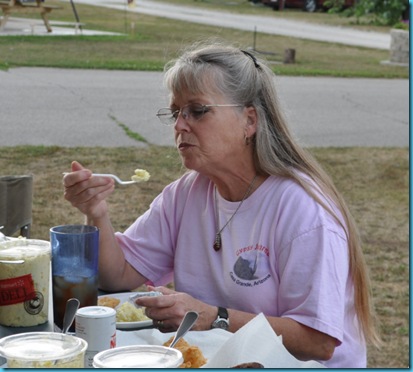 OK, which one is Nick? 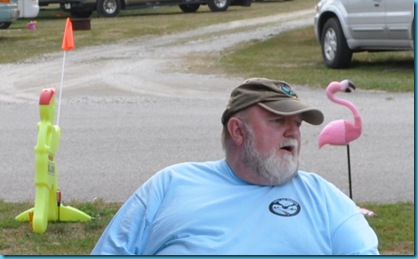 Time to go catch a nap before some long night hours trying to get the Gypsy Journal Newspaper ready for print. 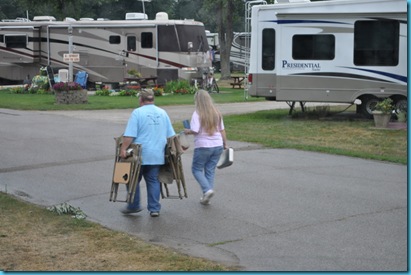 When we arrived Saturday (15 Aug) at the Elkhart Campground, this RV was moving out.  It was being delivered somewhere.  Maybe at the RV Museum here in Elkhart.  It was a real clean oldie and was looking good.  It was on a flatbed of a transporter not a tow truck. 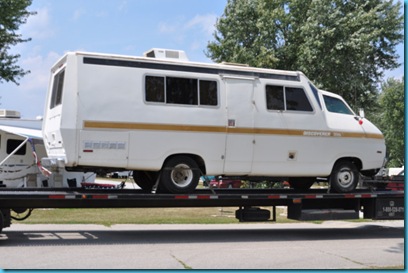 This is Ron and JerriLea Hopf.  We by passed Wisconsin Dells when we got their invitation to visit them. They were a few more miles down the road near the small city of Congress, IL.  They volunteered to work at a church retreat over the summer.  This area was their old stomping grounds.  They were very familiar with the retreat in years past. 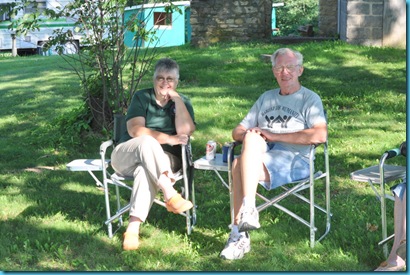 This turkey was already trying to find a hiding place for November.  He was on a diet too. 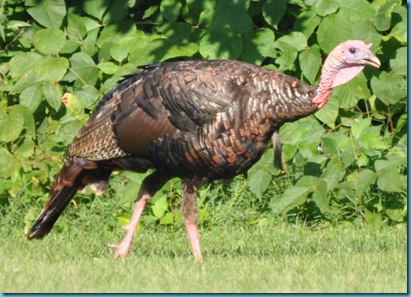 This was over several days as you can see.  I think we are suffering from jet lag due to all the time zones from Alaska.  We just have gotten into a Eastern Time Zone routine yet.